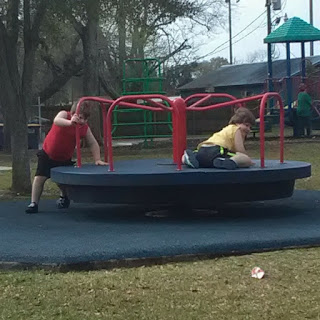 Both of the boys have autism but they are as different as night and day. They are also the same too. Both boys will repeat whatever they hear. Unfortunately it is usually cussing. We figure they ge it from the other students at school.

The latest ones though... The youngest one gets mad and says 'you spoiled little brat'. That might be another child. He also came home with 'rude, rude, rude'. That isn't a word we use. I wonder where that one came from?

At least he is using words. When he started school he only had about 10 words. And last but not least when he is talking he isn't hitting.

Life in a world with autism.
Mylinda